Why Tesla, Square & MicroStrategy Bought Bitcoin (and why you probably shouldn't) 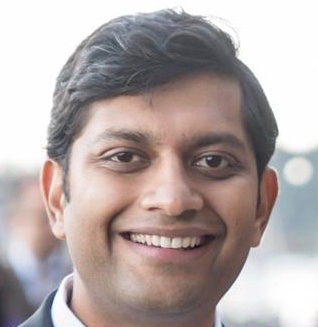 In the last few months companies that are household names (Tesla, Square) have bought Bitcoin(BTC) with their treasury capital. Another company, MicroStrategy, has made headlines by putting over 90% of their treasury assets into Bitcoin.

What may seem like a smart move for them may not translate into a good one for your company. In this post we explore the motivations behind these BTC buys and why it makes sense for them. Hint: They are not speculating, and have been quite targeted in their decision-making.

MicroStrategy was the first to really jump onto the crypto bandwagon. MicroStrategy is a Business Intelligence software company founded in 1989. Its founder, Michael Saylor, controls 72% of the voting power in the company via a multi class common stock set up. This means he has absolute control over the company and does not need board approval to do anything. This is very rare in publicly traded companies!

Here it is straight from the 10k:

MSTR is a profitable company and has been returning capital to shareholders for the last couple of years. It’s a low growth business at less than 10% per year. They had ~$560M on their balance sheet, and used it to transform their company into a publicly traded way to buy/sell BTC.

Before they bought BTC there was not much investor interest in the core MicroStrategy business. However it was a stable and profitable business. This, along with the total control that Saylor has, allowed him the opportunity to transform the MSTR stock into one that tracks the price of BTC, and become a pseudo BTC ETF when none existed!  This was brilliant on his part, as it is very difficult for institutional investors (pension funds, hedge funds etc.) to get BTC exposure without going through a lot of regulatory headache.

He achieved this transformation in multiple steps starting in August 2020.

Once the buy back was complete, MicroStrategy started buying BTC with their cash reserves. They disclosed this in their Q3 earnings results on October 27, 2020.

Interestingly, there was not much movement in the stock price. It hovered around $150 a share.

During this time, the price of BTC increased from $10k to $20k. It appears people started to figure out that they could get exposure to BTC by buying MSTR stock. Anyone could do it via their plain vanilla brokerage accounts. They could do it with margin, and use the same derivatives they use on stocks to manage their positions. The proverbial regulatory gloves were off!

To increase leverage and make MSTR stock even more of a BTC vehicle. MicroStrategy issued $650M in convertible bonds, with the sole intention of buying BTC with the proceeds in December.

At the end of the year they announced that they had now purchased over $1B in BTC in the last few months!

The price of both BTC & MSTR  took off, and as they like to say on reddit - to the moon!

With the price of BTC continuing to rise and investor interest in using MSTR as a vehicle, MicroStrategy issued another $600M of convertible bonds to buy even more BTC.

This strategy of converting the MSTR stock to a way for institutional investors to get exposure to BTC has paid off very well for MicroStrategy and their management. You can see that they have now started selling their MSTR shares over the last few months, locking in millions in profit!

The key takeaway is that they used their Treasury capital to make a bet on adding value to their shareholders.

I very much doubt that MicroStrategy is planning to sell their BTC and invest the proceeds back into their software BI business. However, if they do sell, they will do it to return capital to their shareholders in the form of dividends or buybacks.

Square announced a few months ago that they had bought $50M of BTC from their ~$3B cash reserve. Some folks hailed this as  a sign that  more companies should start to keep part of their treasury capital in BTC. However, many miss a key difference between Square and other companies - Square has been allowing their customers to buy & sell BTC for a long time.

Since Square transacts in BTC on behalf of their customers, this move is most likely an attempt to hedge against the volatility of BTC on their balance sheet. It’s best practice to hold some amount of the currency one transacts in to prevent getting caught up in day to day market fluctuations. Multi-national companies that operate in Europe, for example, hold some of their cash in Euros. Ones that operate in India hold Indian Rupees etc...

We should also keep in mind that $50M is basically a rounding error for a company the size of Square.

Now on to the most recent news in the space which is being regarded by some as a seminal moment. Tesla recently announced that they had purchased $1.5B in BTC using their treasury cash. This is a large amount, even for Tesla, as it amounts to about 50% of their net cash. They have ~$19B in cash but owe ~$16B in debt.

On the surface it looks like a big bet on the future of BTC by the world's richest man. Yet, as we dig deeper we find that Tesla is looking to start accepting payments in BTC. So like Square, this is a smart way to manage their future exposure to BTC and hedge any market fluctuations.

It would not be a surprise if Tesla starts offering the ability to purchase cars, place deposits for future cars and products using BTC in the near future. There is a clear tax advantage to doing so. When you sell BTC and convert to USD, you have to pay the taxman (which can be quite expensive).  However, if you pay with BTC, then there maybe preferential tax treatment (based on your personal situation) on the gains! Not a bad way to buy that Tesla right?

The key point here is that Tesla made a business decision to leverage their treasury cash to enable their core business of selling cars!

As we dig deeper into why these public companies have stocked their Treasury with BTC, we learn that it is NOT to speculate on the price of BTC, but rather, to further their core business or to completely reinvent it.

These companies are taking advantage of market conditions to increase sales, following best practices to hedge their BTC exposure (Square & Tesla) or completely reinventing their business (MicroStrategy). What they are doing is clever, but it’s not speculation on the price of BTC.

As always, we recommend that a companies' primary focus should be on keeping their treasury capital as safe as possible so that they can deploy it quickly to further business goals.. Treasury capital is not for speculation. It’s for investing in your business.